Prostate cancer clinical trial ENZAMET has won a trifecta of prestigious awards at the 2020 Australian Clinical Trials Alliance (ACTA) Summit. In a first for these awards, ENZAMET was awarded the ACTA Trial of the Year Award, the ACTA STInG Award for Excellence in Trial Statistics and the ACTA Consumer Involvement Award.

These awards honour those who design, conduct and participate in ground-breaking clinical trials, and promote the importance of clinical trials in advancing research and clinical care in Australia. Professor Ian Davis, Head of the Eastern Health Clinical School at Monash University, accepted the Trial of the Year Award on behalf of the ENZAMET team at the virtual ACTA Summit 2020.

“I am honoured to be part of a study that has had such impact for men with metastatic prostate cancer. As a co-Chair of the trial, I have been part of a talented and dedicated international team of researchers, staff, consumers, and most importantly, our trial participants,” said Professor Davis.

“I could not be prouder than to have the ENZAMET Trial also acknowledged not only as Trial of the Year, but also for its excellence in trial statistics and consumer involvement,” Professor Davis added.

Led by the Australian & New Zealand Urogenital and Prostate (ANZUP) Cancer Trials Group, the ENZAMET Trial showed impressive results including a 33% relative reduction in the risk of dying for men who received enzalutamide added to hormone therapy right at the beginning of treatment, compared to men who received the treatment after waiting for the cancer to grow after prior hormone treatment.

ENZAMET initially opened as an academic study in Australia and New Zealand, rapidly involving sites in Canada, Ireland, the United Kingdom and the United States. It accrued 1,125 participants between 2014 and 2017.

‘This recognition we have received from ACTA also demonstrates the important role universities play in advancing medical research across the world, and the direct benefits a supported medical research sector can deliver to people living with cancer and many other diseases too,’ said Professor Davis.

To find out more about ENZAMET, view the following video and read the MPCCC Annual Report. 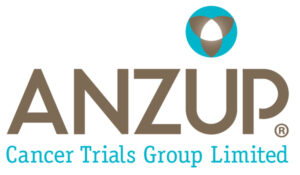